The World Cup T20 match is finally over and let us tell you that this match i.e. the final match was played between England and Pakistan, in which England won the World Cup T20 2022, but a question must have come in your mind, after all, who is the Indian team? Who are the players who got the award and which award which player got and what is the highlight of the match, then stay with us till the end in this article and you will get the T20 World Cup final match till the end and who got the award. Complete information about it has been given in detail and now everyone will get complete information, so let’s know in detail

Star Sports, the official broadcaster of the T20 World Cup, included the England opening pair as openers in the Team of the Tournament. In the team, Alex Hales and Jose Butler got down to open and let us tell you that both of them batted very well and the England team found it very easy to chase the run. Both Hales and Butler have been in excellent form in this tournament. Let us tell you that the semi-final match was played between India and England, in that also both the openers of England had given good performance and by 10 wickets they had cut their ticket to the final.

Star Sports, the official broadcaster of the T20 World Cup, has announced the Team of the Tournament. Star Sports’ Team of the Tournament has included some of the best players from some of the best teams of the World Cup in the playing-11. India and England have the maximum number of players in the team. Both these teams have three players each. At the same time, Pakistan has two players. There is one player each from New Zealand, Zimbabwe and South Africa. You will come, know what all of them got

ये भी पढ़े :-  Accenture gives special new year gift to 50000+ of its hardworking innocent employees by firing them | Recession and Layoffs 2023 | More will be fired after credentials check

Star Sports included the England opening pair as openers in the Team of the Tournament. Alex Hales and Jos Buttler will be seen handling the opening in the official broadcaster’s team. Both Hales and Butler have been in excellent form in this tournament. He achieved the target of 169 against India without losing any wicket.

The responsibility of the middle order has been given to two of India’s strongest batsmen in this tournament. This responsibility has been entrusted to Virat Kohli and Suryakumar. Both of them had played an important role in taking the Indian team to the semi-finals. Kohli scored 296 runs in six matches in this tournament at an average of 98.67 and a strike rate of 136.41. He is the highest run scorer of T20 World Cup.

At the same time, Suryakumar Yadav scored 239 runs in six matches in this World Cup at an average of 59.75 and a strike rate of 189.68. He is currently at number three among the highest run scorers. After this, Star Sports has chosen Glenn Phillips at number five. Phillips also scored a century in this World Cup. He scored 201 runs in five matches in the World Cup at a strike rate of 158.27.

Nortje took 11 wickets in five matches. Four wickets for 10 runs was his best performance. At the same time, Wood took nine wickets in four matches. Due to injury, he was not part of the team in the semi-finals and final. Pakistan’s star bowler Shaheen Afridi was also given a place in the playing-11 by Star Sports. Shaheen looked colorless in the first few matches. However, he later made a comeback and took 11 wickets in seven matches including the final. Three wickets for 32 runs was his best performance.

India’s rising left-arm fast bowler Arshdeep Singh is also part of the official broadcasters’ T20 Team of the Tournament. This is Arshdeep’s first World Cup and he achieved this feat in his very first World Cup. Arshdeep took 10 wickets in six matches at an economy rate of 7.80 and a strike rate of 12. His best performance was three wickets for 32 runs. Arshdeep troubled batsmen around the world with swing. In the coming times, he can become the strike bowler of Team India. 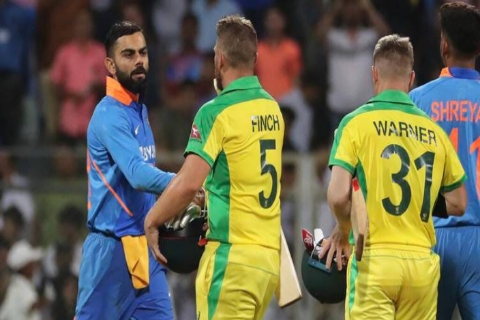